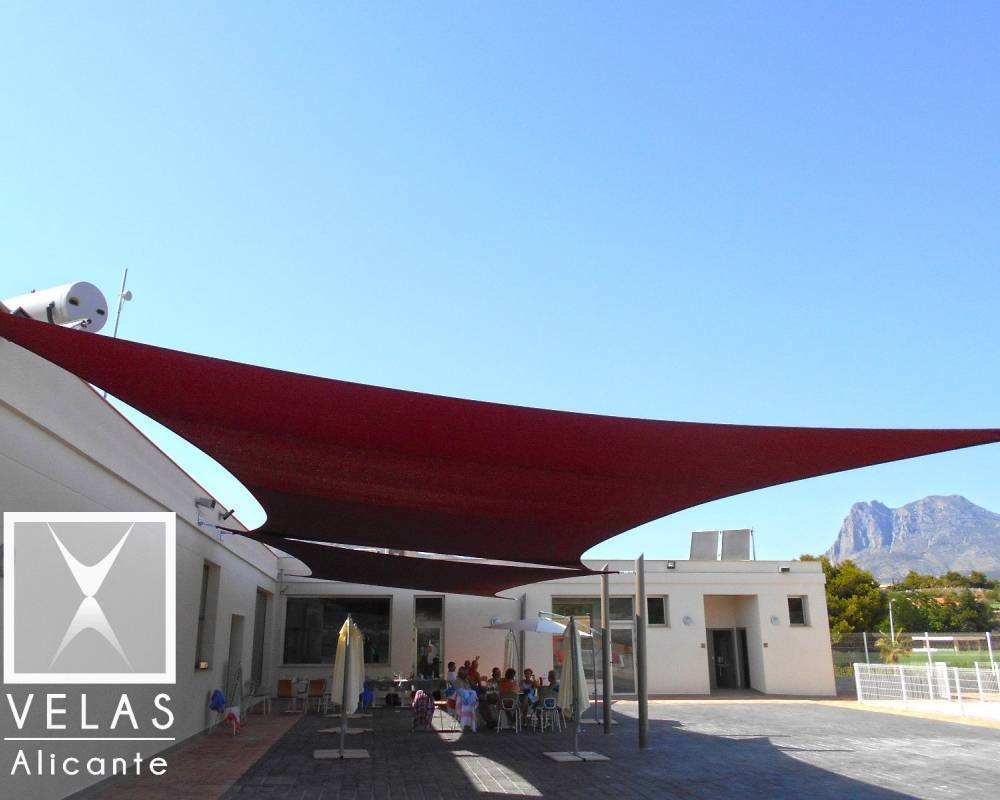 Villajoyosa (popularly known as “La Vila”) is located in the southern district of Marina Baixa, in what is now the province of Alicante (Valencia, Spain). This is a fairly isolated from its surroundings by arcs of high mountains which enclose it, including the Sierra Aitana coastal territory counted. South of Villajoyosa a series of flat mountains and ravines difficult communications with the neighboring county of Alacantí is happening.

The climate of the region causes the cold winds and rains West, the most common of the Iberian Peninsula, are retained in the interior mountains: hence the exceptional climate of coastal populations, particularly in Villajoyosa and Benidorm, which have the highest annual measure temperature of Spain (above 19th) and Almeria share with the most hours of sunshine per year, the total rainfall lie just over 300 mm and frosts are nonexistent.

Within this villa is the camping Imperium, where Velas Alicante has manufactured and candles Guyed masts installed. Thanks to that surface shade facilities can have more free space.

This page uses cookies and other technologies so that we can improve your experience on our site: More Info