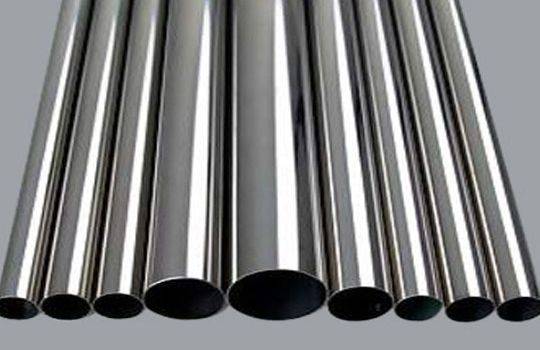 In metallurgy, stainless steel is defined as a steel alloy (with a minimum of 10% to 12% chromium content in mass). Other metals that can contain for example are molybdenum and nickel.

Stainless steel is a high corrosion resistant steel, since chromium, or other alloying metals it contains, has a high affinity for oxygen and reacts with it to form a passive layer, thus avoiding the corrosion of iron (pure metals Stainless, which do not react with oxygen are gold and platinum, and of lower purity are called corrosion resistant, such as those containing phosphorus). However, this layer may be affected by some acids, resulting in the iron being attacked and oxidized by inter granular mechanisms or generalized pits. Some types of stainless steel also contain other alloying elements; The main ones are nickel and molybdenum.

Like all types of steels, stainless steel is a simple material. What all the steels have in common is that the main component (element that forms the alloy) is iron, to which is added a small amount of carbon. Stainless steel was invented early in the 20th century when it was discovered that a small amount of chromium (the minimum to achieve stainless properties is 12%) added to ordinary steel, gave it a shiny appearance and made it highly resistant to dirt and The oxidation. This resistance to oxidation, called “corrosion resistance”, is what makes stainless steel different from other types of steel.

Stainless steel. Characteristics of alloys A1 – A2 – A4.

These specifications are intended for fasteners

Types of alloys and selection. Stainless steel has a large number of varieties, each with less than 12% Cr and often also other alloying elements, of which Ni and Mo are the most important. This wide field has been divided into three groups of composition based on their metallurgical structure for the fastening elements and according to DIN 267 Part 11.

The martensitic and ferritic groups are not important for the fasteners. The Austenitic composition group, also called chromium-nickel steel, is most commonly used for fasteners, and is subdivided into 3 STEEL ALLOY IDENTIFICATIONS. Each of them has a different corrosion resistance and a specific field of application.

It is an alloy for sealing because of its high content of phosphorus and sulfur. As a result, the capacity against A1 general corrosion is diminished. This type of steel is rarely used for the mass manufacture of fasteners.

It is the most used alloy; It is also called 18/8 (18% Cr and 8% Ni). It has an excellent corrosion resistance, under normal atmospheric conditions A2, in moist media, oxidizing and organic acids, many alkaline and saline solutions, etc.

It is the alloy with the best resistance to oxidation, also called “acid-resistant”. It has a higher percentage of nickel and addition of molybdenum. It exhibits better resistance to corrosion in aggressive environments such as: marine climate, industrial atmospheres with presence of sulfur dioxide, oxidizing acids, or applications in places where pitting corrosion can occur.