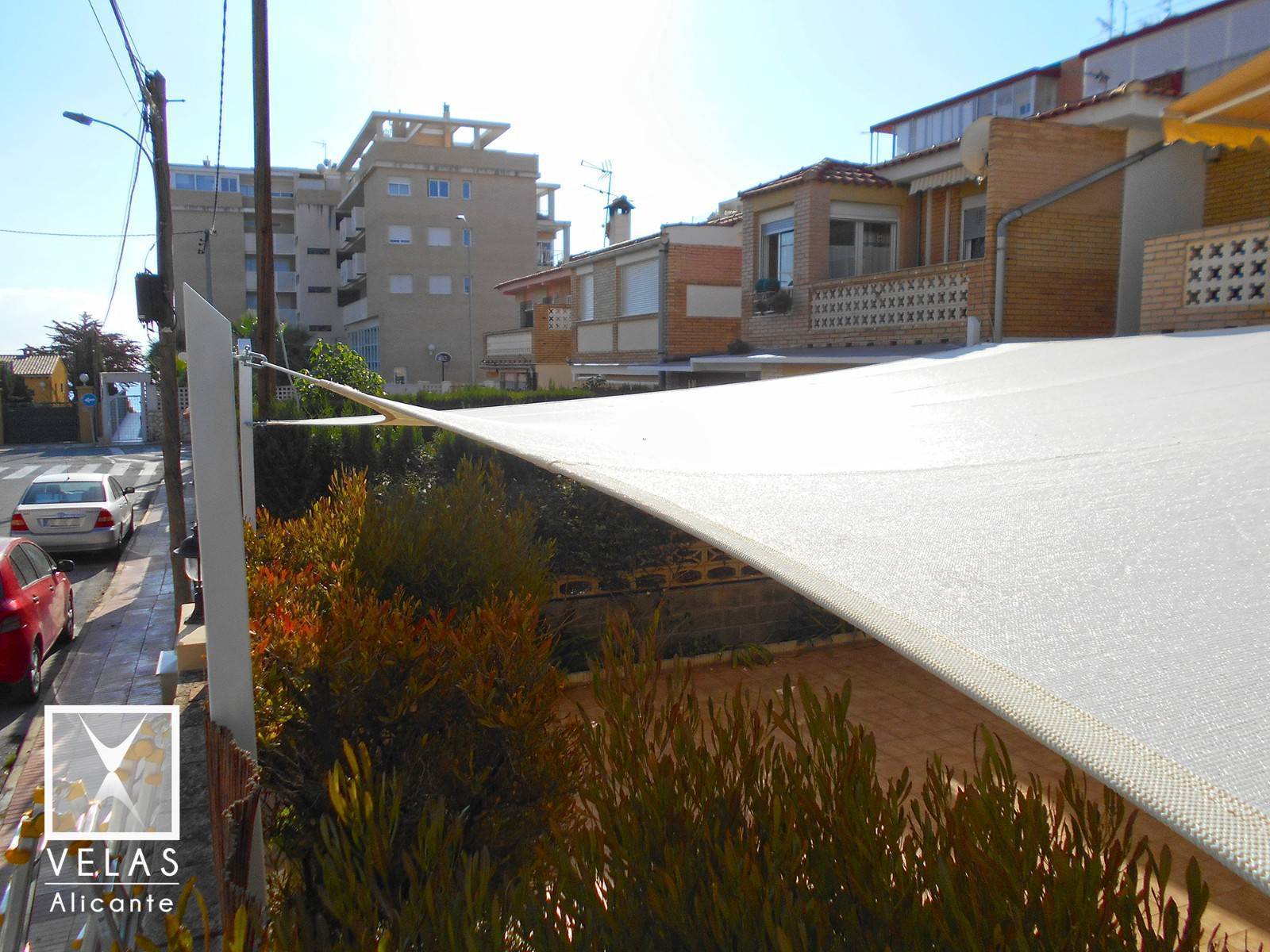 Tensioned shade sail installed in the town of Campello. It is a five-pointed tensioned sail made of woven polyester fabric which has two anchoring plates on the part that faces the house and three masts that allow to extend the sail providing a large space of shade.

Campello (in Valencian language and officially El Campello) is seaside town of the Comunidad Valenciana and it´s located 13 kilometers northeast of the city of Alicante coastal town of Valencia (Spain). It is part of the Alicante conubation and it´s included in the historic region of the Huerta de Alicante. It has 27,356 inhabitants (INE 2015).

What are sail awnings?

This page uses cookies and other technologies so that we can improve your experience on our site: More Info